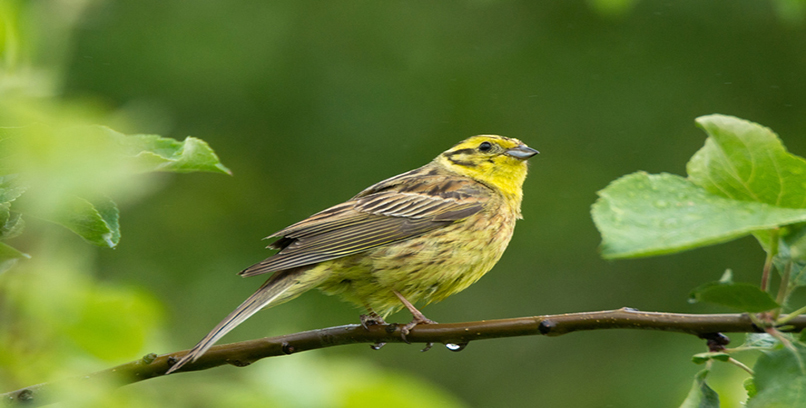 Cirl buntings are quite rare, so if you have seen one then you are definitely amongst the lucky few that have. Once prolific enough to even be found breeding in London suburbs, they saw a serious decline in numbers between 1930 and 1980 and are now only found in parts of Devon and Cornwall.

Males can be identified by their striking black chin, eye stripe and crown, yellow underparts and yellow stripes on their head. Females and fledglings are mainly streaked with brown and are a lot less brightly coloured than males.

Cirl buntings love to feast on insects throughout the summer and, when the colder months come, will happily peck away at seeds, berries and suets.

Rarely moving far from their usual nesting sites, cirl buntings build well-hidden nests in hedgerows where they will raise up to three broods a year, comprising of 3-4 chicks per brood.

Cir buntings weren't discovered until as late as 1800, when Lord Montague first spotted one in Kingsbridge, Devon.

Cirl buntings are closely related to corn buntings, reed buntings and yellowhammers. In fact, they look remarkably similar to yellowhammers, but can be told apart by their bolder head markings.

Perfect for the Cirl Bunting...