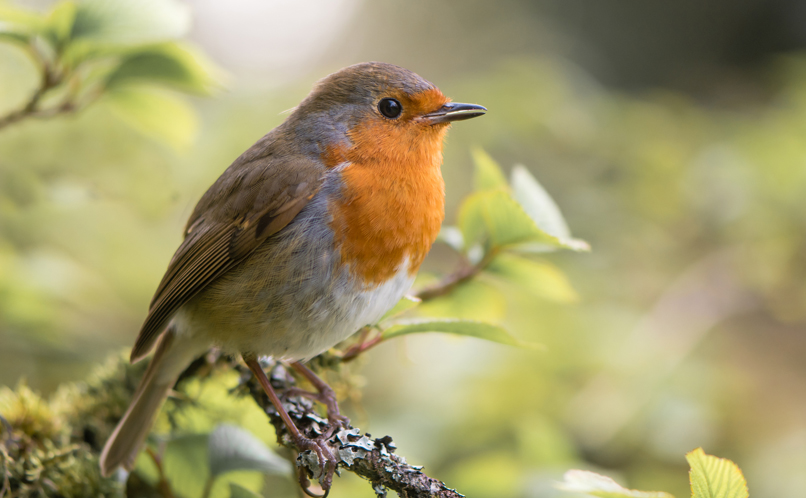 Ask someone, “What’s your favourite bird?” and there is a very good chance they’ll reply with “Robin”. Yes the red chested beauty adorns christmas cards, is woven into folklore and is even the inspiration for a comic book sidekick! Tame and more than happy to feed alongside humans, a garden’s most regular visitors are likely to include this perky little bird.

Both the male and female have an unmistakable orange breast, with brown wings, underparts and tail. Juvenile robins don’t have the famous “red” breast at birth, and are duller and spotty brown in colour.

Robins sing all year round and have a sharp, metallic “tic tic tic”.

Breeding from March to August, and building a cup-like nest built from grass and leaves, the robin lays 4-6 pale blue-white eggs, which are lightly spotted with red. Incubation 13-15 days, young fledge after 12-14 days.

The robin’s perky nature hides a very aggressive manner. So aggressive, that the male has been known to fight to the death to defend its territory!

The nuthatch also has an orange underbelly, but the plump like nature of the robin should offer enough differentiation.

Perfect for the Robin...