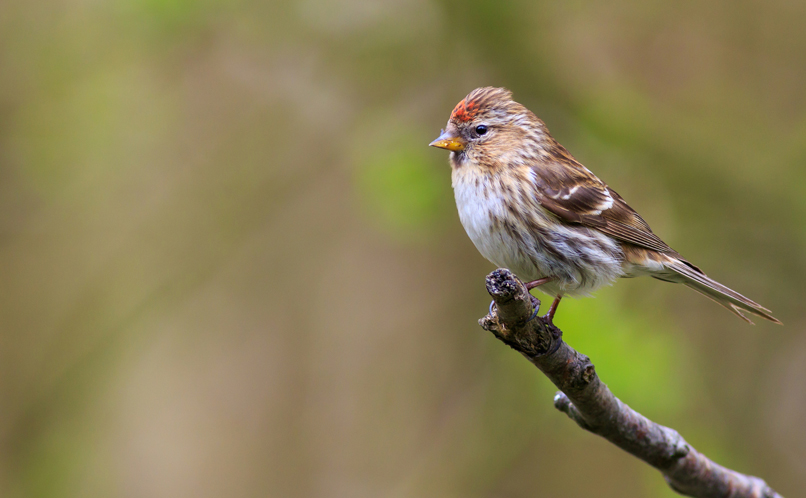 A fantastic little finch, that is a close relative, and a travel partner of the siskin. Often found in gardens during the winter months, especially in the north and east of the UK. The redpoll should also be identified as the “lesser redpoll” as to not be confused with the larger “mealy redpoll”, which is a winter visitor from Scandinavia.

Both sexes are small, dumpy and look somewhat like a linnet, albeit with a more streaky plumage. The male has a crimson patch on his forehead, while the female, as per most finch breeds, is a lot duller in general, and has less red on the forehead. Both sexes have a tiny pointed bill, with a brown body streaked with white.

The redpoll loves insects in the summer, and like many birds will hunt out seeds in the winter.

The female redpoll builds nests of conifer and birch in a tree or bush. Breeding starts around May with 2-7 eggs being laid. After an incubation period of around 10-15 days, the young then fledge after 9-15 days.

The redpoll is native to Europe, but was introduced and naturalised to New Zealand in the latter parts of the 20th century.

The mealy redpoll. The lesser redpoll is smaller, and has brighter underparts.

Perfect for the Redpoll...