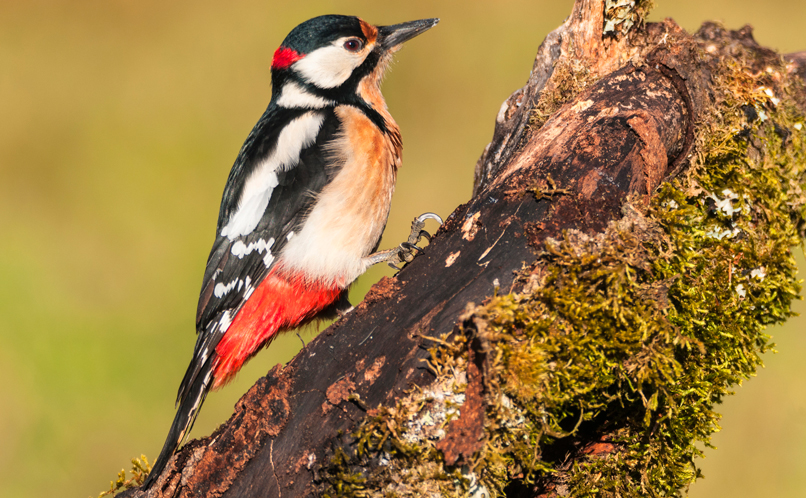 If you’re going to see a woodpecker in your garden, it’s probably going to be this gorgeous creature. With its specially adapted beak, head and neck, it can perform the well known drumming famous with woodpeckers.

The male is visible by the red patch on the rear of the crown, but both sexes are blessed with colour. The underparts of the bird are mainly a dirty white, but the belly is a bold and bright cherry red. A long beak with a black beady eye makes this woodpecker easy to spot.

Listen out for a loud “chip” sound which is often repeated.

In the winter, the great spotted woodpecker feeds from bird tables, and loves a fatty treat; so suet balls are also an option. For the rest of the year, they will feed on insects, especially wood boring ones.

Breeds from March to June, but may drum away from early January. Nest in holes drilled in a tree, and will lay 4-7 eggs, which incubate for 16 days. Their single brood will then fledge after 18-24 days.

Genetic profiling has has shown that the great spotted woodpecker is British, not Scandinavian as originally thought.

Perfect for the Great Spotted Woodpecker...