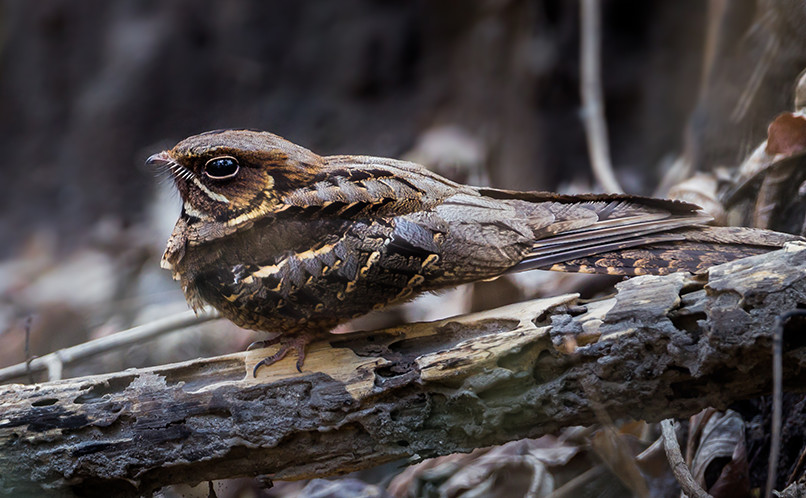 A summer visitor, this fascinating nocturnal bird migrates to the UK's shores from Africa around April-May time, staying until August-October. They are nigh on impossible to spot during the daytime thanks to their remarkably camouflaged plumage, but you might be able to spot one at night when they're on the move through the sky.

The nightjar has a mottled, streaked, and barred grey-brown plumage that helps it blend in with the forest floor, helping it to look like a fallen log. They have pointed wings and long tails, and are very similar in shape to a cuckoo or kestral.

You're unlikely to ever see one of these guys in your garden - they prefer eating insects like moths and beetles.

These ground-nesting birds usually raise a brood of one or two chicks. They'll nest in secluded patches of bare ground, in shrubby vegetation. They will then migrate south around September or October.

If you flash a white handkerchief in the air at dusk, male nightjars are said to come closer to investigate the white flashes. Why not give it a try? They also have a mythical ability for stealing milk from goats.

Its similar shape means it might get mistaken for either a cuckoo or a kestral in flight.

Perfect for the Nightjar...