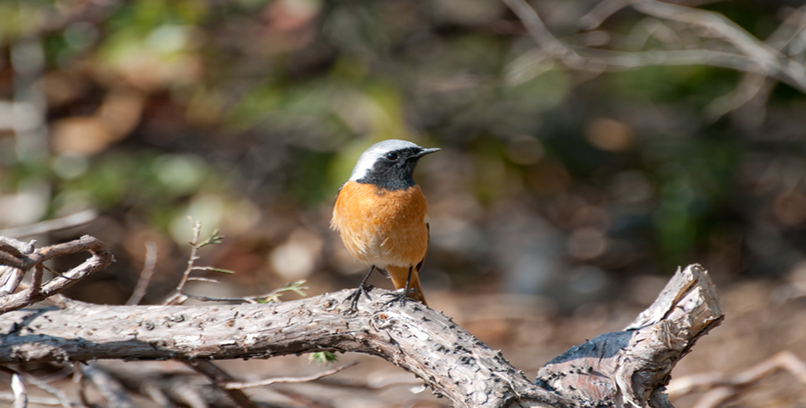 Once a part of the chat and thrush family (which includes blackbirds, robins and song thrushes) common redstarts are now classified as an old world flycatcher. Summer visitors to the UK, the can be found in the north and west of the UK, with the highest populations in Wales.

Similar in appearance to a robin, common redstarts can be identified by their orange rump and chest, with a grey upperpart covering on top. Females are slightly duller, with less emphasis on colouring.

Common redstarts feed on insects, spiders and worms during the summer months, and will also visit garden bird tables to snack on seeds.

Males arrive a few days ahead of females during breeding season. Once the females have arrived, they will being their breeding process and produce around six light-coloured eggs which are incubated for around 10 days before hatching. Once their chicks have flown the nest, common redstarts depart the UK in mid-August and fly back to the warmer climates of Africa and Asia for the winter.

Common redstarts are often confused with robins, however they also carry red markings on their rump, whereas the robin's red markings are only on the chest.

Perfect for the Redstart...