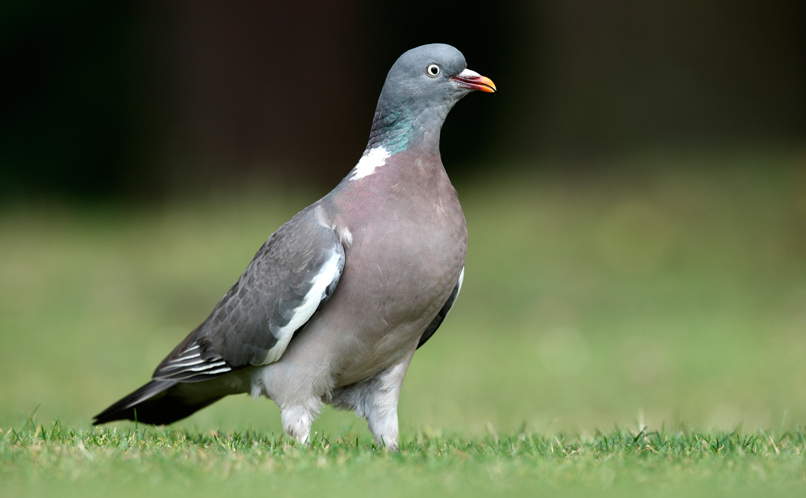 Along with the feral pigeon, the woodpigeon is the Marmite species of the bird world. It is one of the most common birds you’re likely to see in Britain and Ireland, and will eat almost anything. Its large size, great numbers and lack of colour have lead to the woodpigeon being much maligned. Though at the end of the day, isn’t it just a bird trying to get by?

A grey bird with white edging on the wings, the woodpigeon also has pinkish shading, with a white patch on the side of its neck. Its tail has a broad dark band across the tip, while its yellow feet are a familiar identifier for the newest of bird watchers.

That “coo-COO” of the woodpigeon is a regular sound across the UK.

The woodpigeon’s catholic taste means that it will eat pretty much anything. Can often be seen underneath feeders and bird tables, picking up spilled seed.

An all year round breeder, which is probably an explanation for its great numbers. Its main breeding season is between June and September however, and though eggs have been found in every month of the year, the woodpigeon’s breeding habits are fairly regular. It lays 2 white eggs, which incubate for 16-17 days. Young fledge after 3-5 weeks.

The woodpigeon is estimated to cause millions in damage each year.

Perfect for the Woodpigeon...