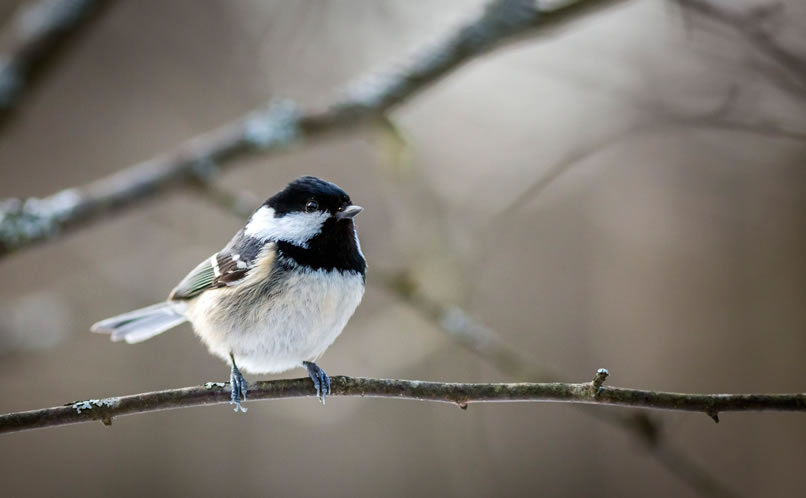 An acrobatic little bird that isn’t as affected by the harsh winters in the same way as other tits. They love nut feeders, and will join other tits in autumn and winter, in search of a good meal! Struggling to spot any? Try your nearest conifer forest.

Have a quick look, and you’ll think the coal tit is just a less fancy version of the more jazzy blue and great tits. But on closer inspection, the black, white, brown and grey of the plumage, combined with the distinctive white patch on the nape, make for a very pretty, if not bold little bird.

When the coal tit is singing, expect to hear lots of variety in calls! Thin high pitched calls, that are rhythmic, but also repetitive.

Like most smaller birds, the coal tit will eat insects of many varieties, but loves peanuts from a feeder; especially in the winter.

The coal tit breeds from April to July. It will nest in rotten areas at the base of trees near ground. Laying 8 or 9 white spotted eggs, that incubate for 13-18 days in one brood per season. The young fledge after 16-22 days.

Unlike many birds, the coal tit looks the same whether male or female.

Many of the other tits, but because of its cheeks, the great tit especially. The colour and size should be enough to split them up though!

Perfect for the Coal Tit...