Stock Table Has Been Inserted Into The Application Scope 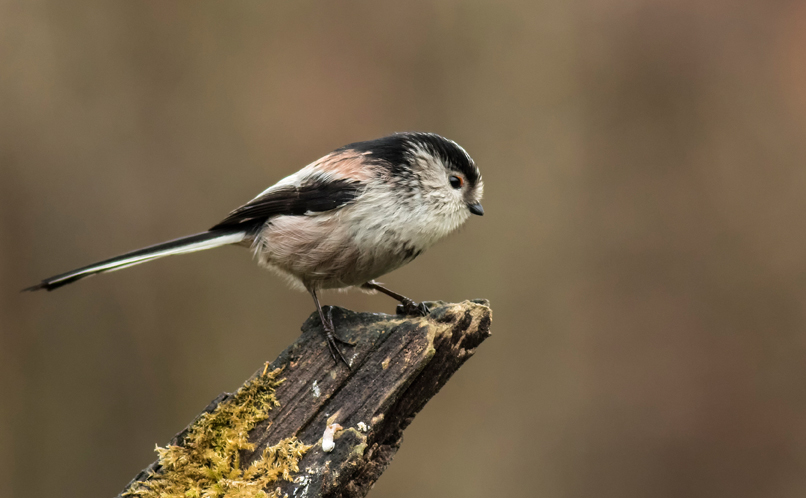 A ball of activity that makes fantastic nests, this surprisingly approachable bird rarely stays in the same place for long. Moving in flocks of a dozen or more, the long tailed tit searches for food in a wonderfully acrobatic way, and will go as quickly as they arrive.

If you can’t identify them by their long tail, then there are plenty of other identifiers too. The long tailed tit has mainly dark black upper parts, with streaks of white and pink on their backs and wings. The white underparts are also tinged with pink, but are white in colour. Its plump body, long black tail and fluffy plumage make it a real treat to see.

High pitched calls, whistles, clicks and a three syllable “tsee” sound help the long tailed tit keep in contact with the rest of the flock.

Foraging from branch to branch to find food, a long tailed tit loves spiders and insects. Can be attracted with peanuts or mixed bird seed too.

The long tailed tit builds an extraordinary ball shaped nest out of hair, cobwebs, moss and feather. With an entrance from the top, it’s a real marvel of engineering. The long tailed tit breeds from march to July and lays 7-12 tiny little eggs. These incubate for 13-17 days, with young fledging after 15 days or so.

No other bird has such a long tail in proportion to its body.

It’s hard to miss a long tailed tit. If in doubt, just look at the tail, it really is the only identifier you need.

Perfect for the Long Tailed Tit...