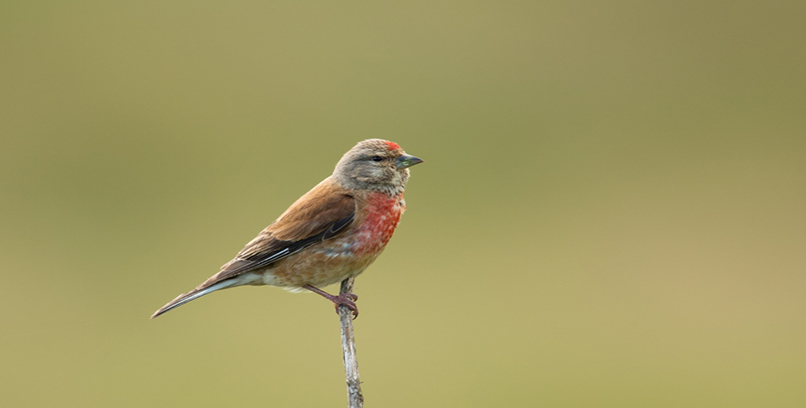 Once a popular cage birds due to its melodic song, the linnet is now widely distributed throughout the UK. A member of the finch family, they can be found in farmland, fields, hedgerows, orchards and parks.

Male linnets have grey heads, white throats, reddish-brown plumage on their back and their crown and chest turn to a pinkish-red during breeding season. Females are brown in colour and are generally slightly duller in colour to males.

Linnets, like all members of the finch family, have a particular fondness for seeds of all types. They will also eat insects during the summer months.

Breeding season takes place from April to August, and linnets will live in colonies of around 20 strong during breeding seasons. Mating monogamously, one pair will produce up to three broods a year.

Linnets got their name due to their fondness for feeding on linseed!

Lesser redpolls and linnets both have similar red markings, however the linnet only displays their red patches during breeding season, whereas the lesser redpoll's colour is a permanent feature.

Perfect for the Linnet...