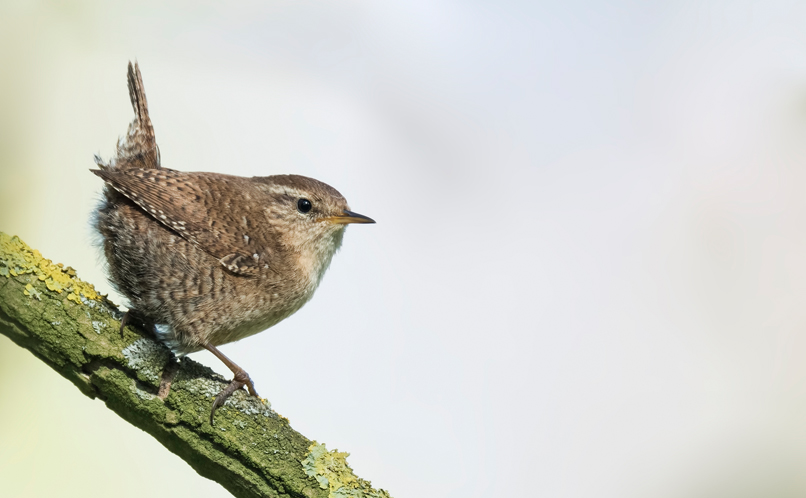 One of the smallest birds you are ever likely to see, the fast flying wren is not an easy bird to spot, but can be found all over the UK. It’s easiest to observe them in the winter when food is at a premium and they become bolder, but if you’re more for listening, the summer is the perfect time, when the male calls out for breeding purposes.

Best spotted in flight, it's a tiny little bird, whose wings whirr rapidly to propel the plump little body. Mostly brown, with some markings, both in brown and grey. Look out for its tail, which is often cocked vertically.

Its loud call is not befitting of its size. A burst of notes, with rapid trills as well as a “chak” like sound.

The wren is a big insect eater, and will find invertebrates amongst soil and crevices in trees.

Breeds from March to July, and building a domed nest, the wren lays 5-8 eggs which incubate for 12-20 days. Young then fledge after 2-3 weeks.

The wren is actually the British Isles’ commonest breeding bird, with around ten million pairs.

It’s hard to mistake the wren with anything, but some may mistake it for a juvenile house sparrow or nuthatch. But once the wren begins to fly, you should be able to differentiate between the two.

Perfect for the Wren...