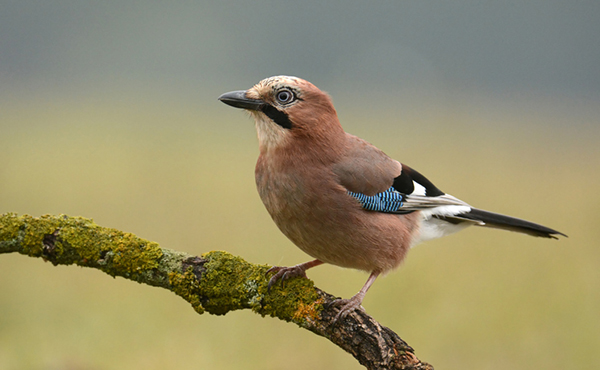 Found all over the UK except for far Northern regions, the Jay is a shy bird that is often heard before it is seen and rarely strays from cover.

Famous for their distinctive pink feathers and blue wing markings, Jays can also be identified by their black facial markings and black and white streaked crown.

Jays have a particular penchant for acorns, but will also happily eat insects, seeds, grain and fruit.

Their nesting period begins in April, with a clutch of 4-5 eggs being laid. Nests are constructed in trees using twigs, with plant roots and animal hair used for lining. Fledglings leave the family nest at around 22 days old.

Jays will hide acorns to eat later on. Storing of acorns is called 'caching', however not all acorns hidden by Jays are located again, so will often grow into oak trees!

The distinctive markings of the Jay make it extremely unique, so it is rarely mistaken with any other birds.

Perfect for the Jay...