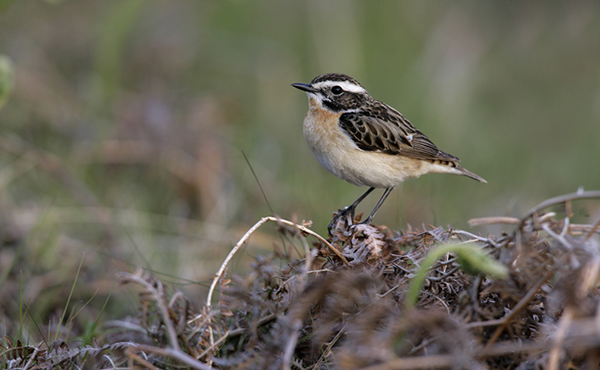 Whinchats can be spotted in a variety of habitats including coastal, farmland and grassland. However, they are more numerous in Wales & Scotland.

Whinchats can be identified by a prominent pale eyebrow along with a warm orange flush on the chest.

Feeding mainly on insects, whinchats have been known to visit gardens to feed on berries and seeds.

Breeding season takes place between March and June, and the female will lay between 2-7 eggs in a nest constructed of moss and grass that is lined with hair. Both parents help to raise the young.

The whinchat is also known as the 'bushchat'.

The whinchat is similar to the stonechat, but is generally brighter in appearance and looks slender.

Perfect for the Whinchat...