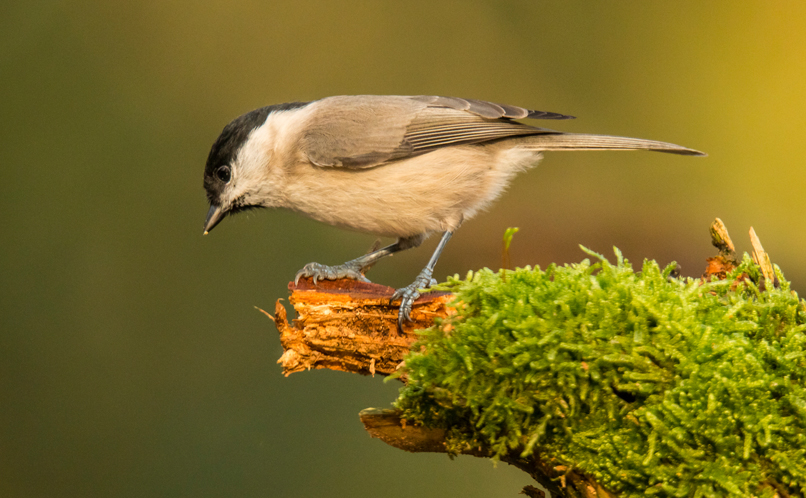 A shy little bird, but one that can’t be described as uncommon, especially in rural areas near woodland. Despite its name, the marsh tit actually isn’t that keen on damp places! Expect to find it in England and Wales.

Small, brown and plump. The same black cap as a blackcap, but with lovely white cheeks. A small head, with white wing panels and greyish-brown upper parts.

Sings a sharp “pit-chu” sound, and will also whistles a more regular “chu-chu-chu”.

Feeds on insects in the spring and summer, and will go for berries and seeds during the colder months. Will sometimes visit bird tables and even nut feeders, but is on the whole a shy bird, and a shy feeder.

Breeds from April to July, and will nest in naturally occurring holes in rotten wood. The marsh tit lays 7-11 eggs, which are white with a few spots. These then incubate for 13-15 days and the young will fledge after 17-21 days.

It is actually thought that the marsh and willow tit were the same species until the start of the 20th century.

The willow tit and black cap. For the former, try and look at the underbelly, as with the willow tit, it’s whiter. With the black cap, look for the same black cap, but with a plumper body.

Perfect for the Marsh Tit...