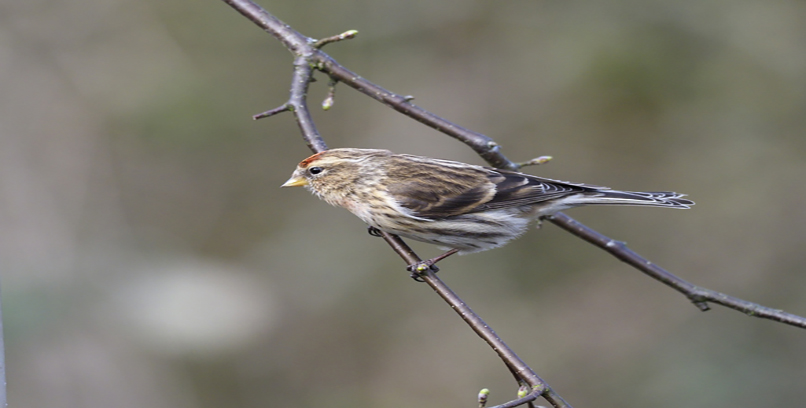 A tiny finch, only slightly bigger than a blue tit, lesser redpolls are sociable birds with chattering twitters and songs that enliven any garden. Resident throughout the north of the UK, they tend to move further south as winter approaches.

Identifiable by their streaky brown plumage and red patches on the head, lesser redpolls occasionally carry a red patch on their breast as well. You may also spot one hanging upside down in a tree, which is something they seem to like doing!

Seeds, seeds and more seeds! Lesser redpolls will happily peck away at a variety of seeds, however their small, thin beaks give them an advantageous tool for eating niger seed which, like all finches, they have a particular penchant for.

Their breeding season begins in May. Building fairly untidy, cup-shaped nests in deciduous woodland, a pair will raise a brood of pale-blue eggs speckled with pink, that will incubate for 10-13 days before hatching.

There are three species of redpoll found in the UK; the lesser redpoll, the common redpoll and the arctic redpoll, the latter of which is a rare winter visitor.

Perfect for the Lesser Redpoll...